YosemiteLand is a podcast from Capital Public Radio about how decisions made today in and around Yosemite National Park will impact millions of visitors in the years to come. It’s a region learning how to deal with a changing environment and increased tourism. Lake Tahoe is a jewel in the Sierra Nevada, but climate change threatens everything we love about it. CapRadio's Ezra David Romero takes us inside this petri dish for scientific research to see how Tahoe helps us confront the global climate crisis.

Lake Tahoe is a jewel in the Sierra Nevada, but climate change threatens everything we love about it. CapRadio's Ezra David Romero takes us inside this petri dish for scientific research to see how Tahoe helps us confront the global climate crisis. 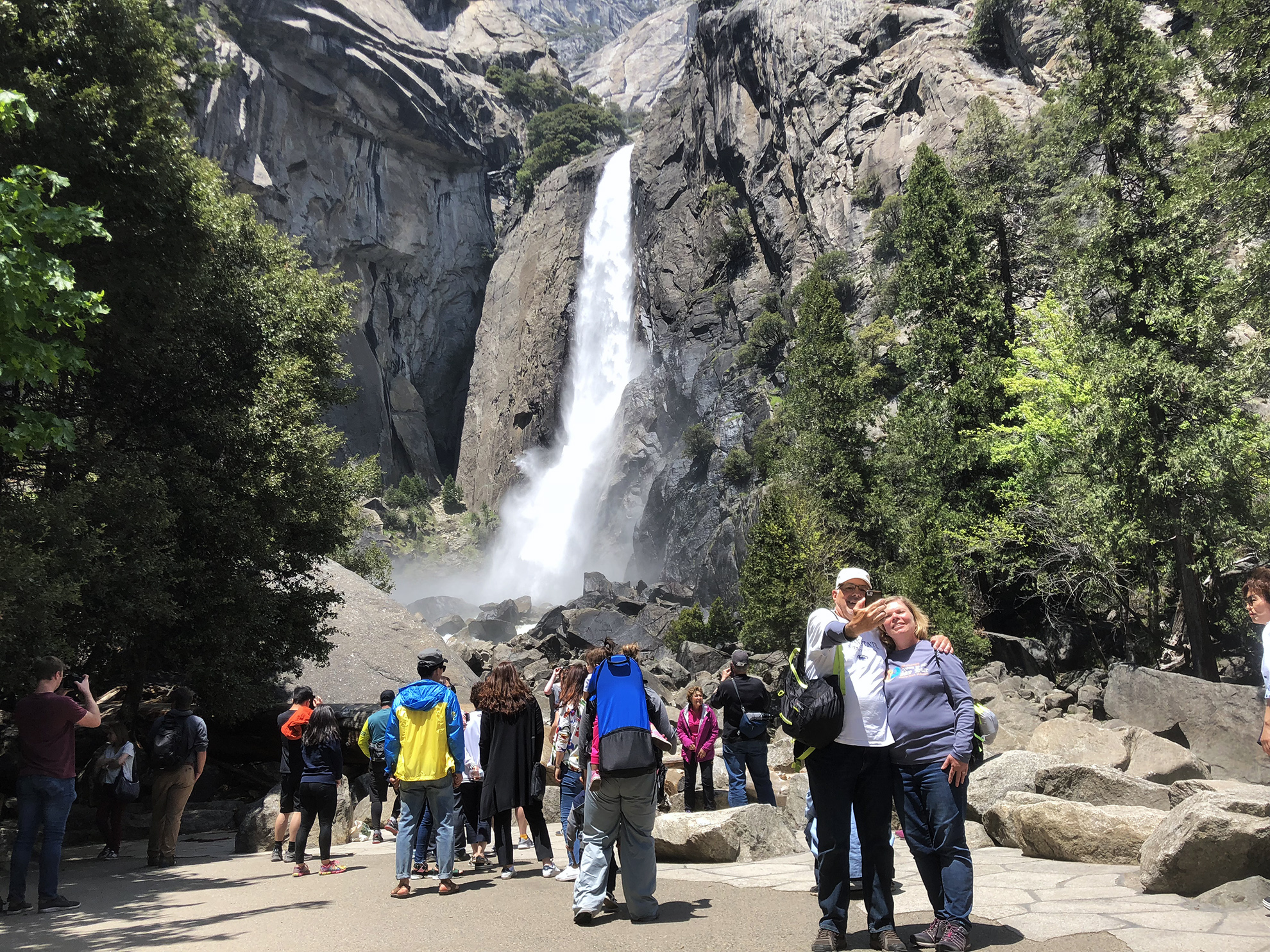 Selfie Trap
00:00/0.835416666667
0.835416666667
As tourism increases in Yosemite, how is the park’s identity — its sense of place — changing? In YosemiteLand’s debut episode, Ezra orders Starbucks while taking in majestic waterfalls, meets researchers studying how people experience the park, and looks at how Yosemite’s planners are rethinking popular destinations to make them more sustainable. You’ll encounter a bear up close, and Ezra will visit some of Yosemite’s oldest inhabitants: giant sequoias.
A previous version of this episode Ezra mispronounced Kara Stella’s name and title. It’s been corrected. She is a ranger. 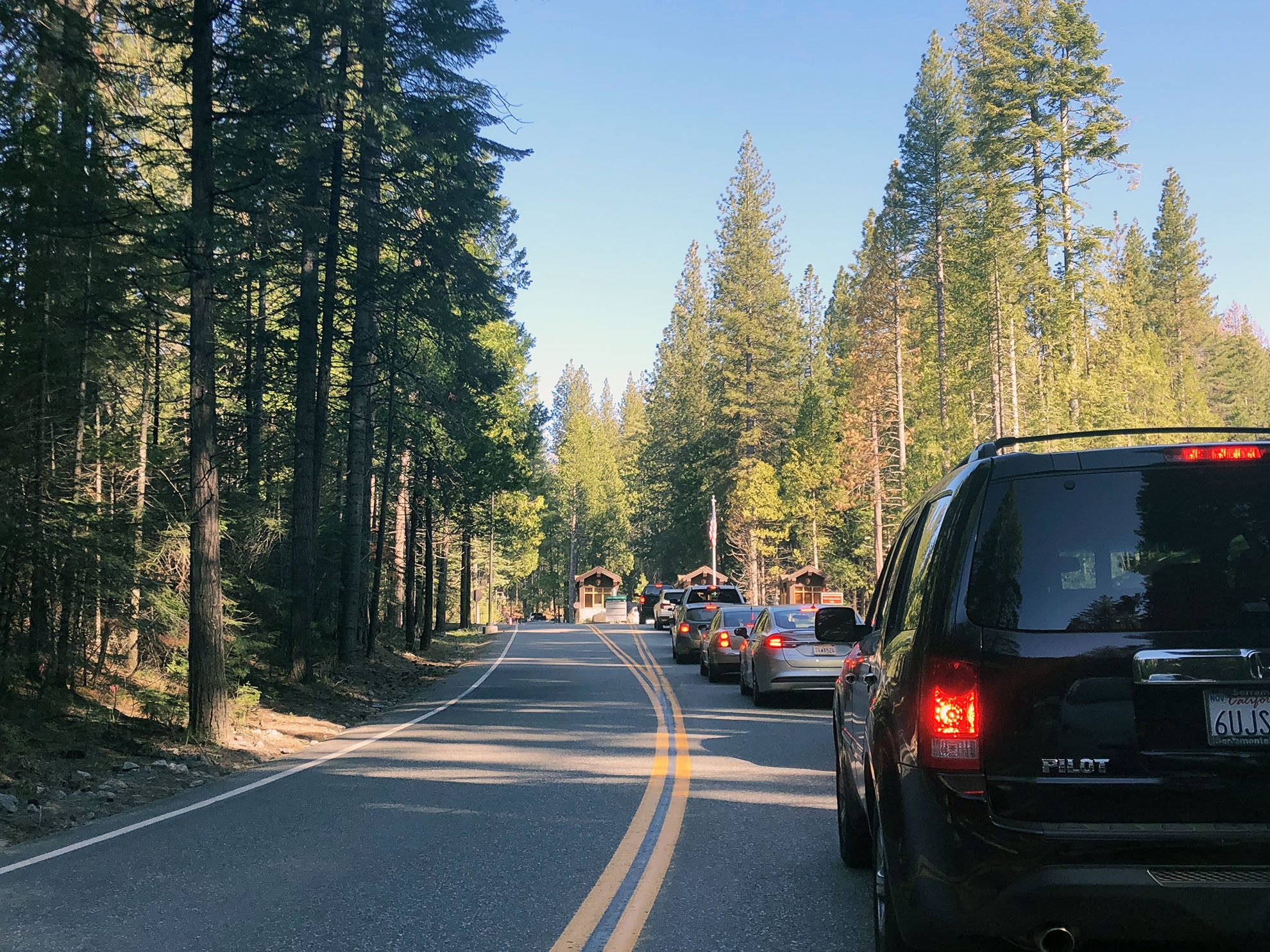 Take Me Away
00:00/0.640972222222
0.640972222222
Traffic in Yosemite during peak tourist months is often compared to rush hour in Los Angeles. Some visitors will often drive around for hours and never find a parking spot. The bottleneck is so bad, it’s now part of Yosemite’s identity. That’s why we’re dedicating our second episode of YosemiteLand to the seemingly intractable problem of gridlock. Join Ezra as he sits in a snarl-up of tourists and learns how all these cars put wildlife at risk. He’ll also explore solutions that could make your future visits less miserable — and help sustain the park.
In a previous version of this episode Ezra mislabeled Ryan Leahy and Caitlin Lee-Roney’s titles. They have been corrected. Ryan Leahy is a wildlife biologist in the park, and Caitlin Lee-Roney is the lead wildlife biologist for Yosemite National Park. 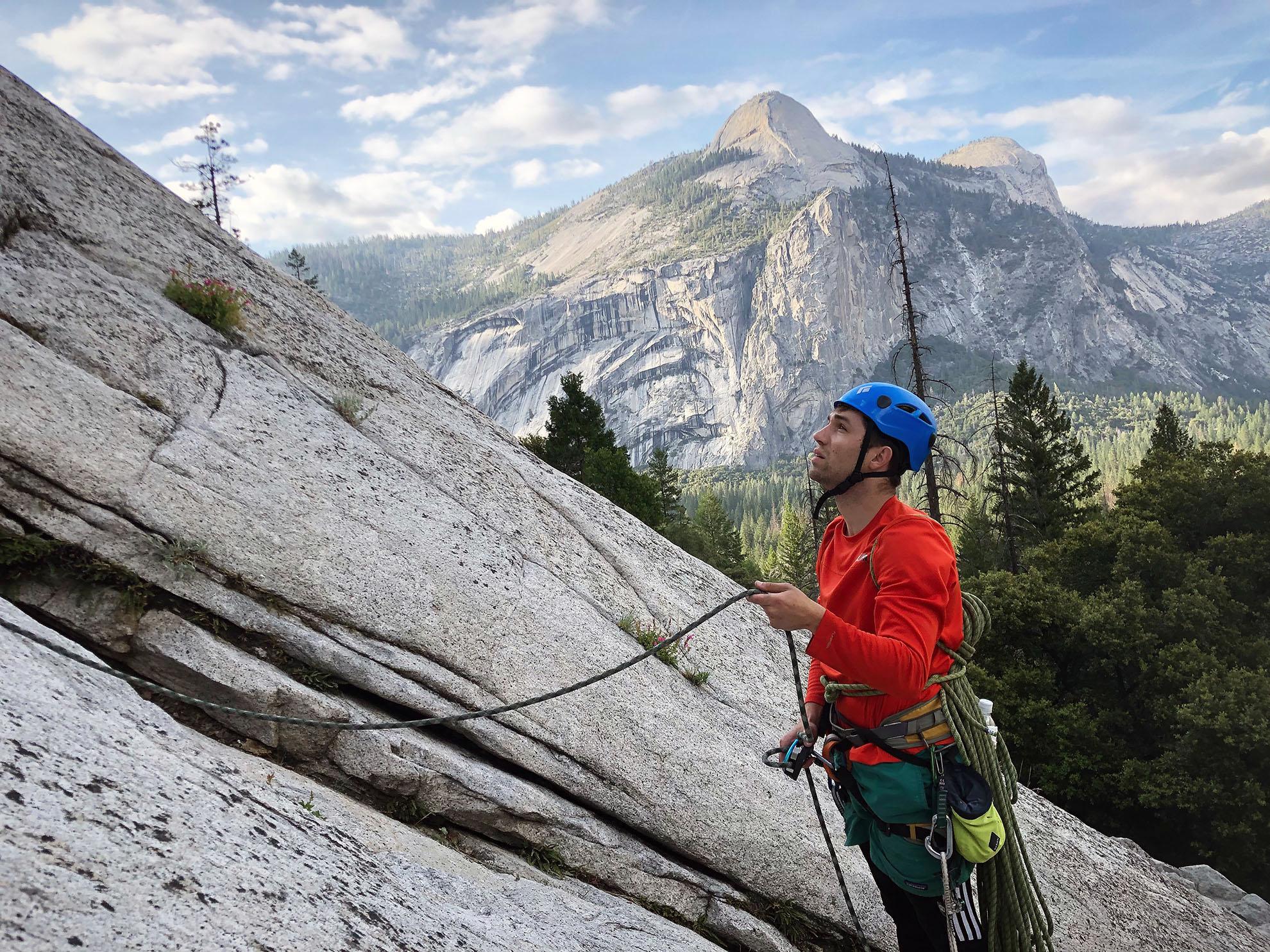 On The Rock
00:00/0.684027777778
0.684027777778
A new culture of rock climbers is overtaking Yosemite, including rock stars like Alex Honnold and Tommy Caldwell, who are pushing the sport to the edge by climbing with no ropes. In this episode, Ezra chats with rock climbing legends, explores how gyms are diversifying who climbs, and gets out on the rock near Glacier Point. He also talks with women climbers who are leading the way. 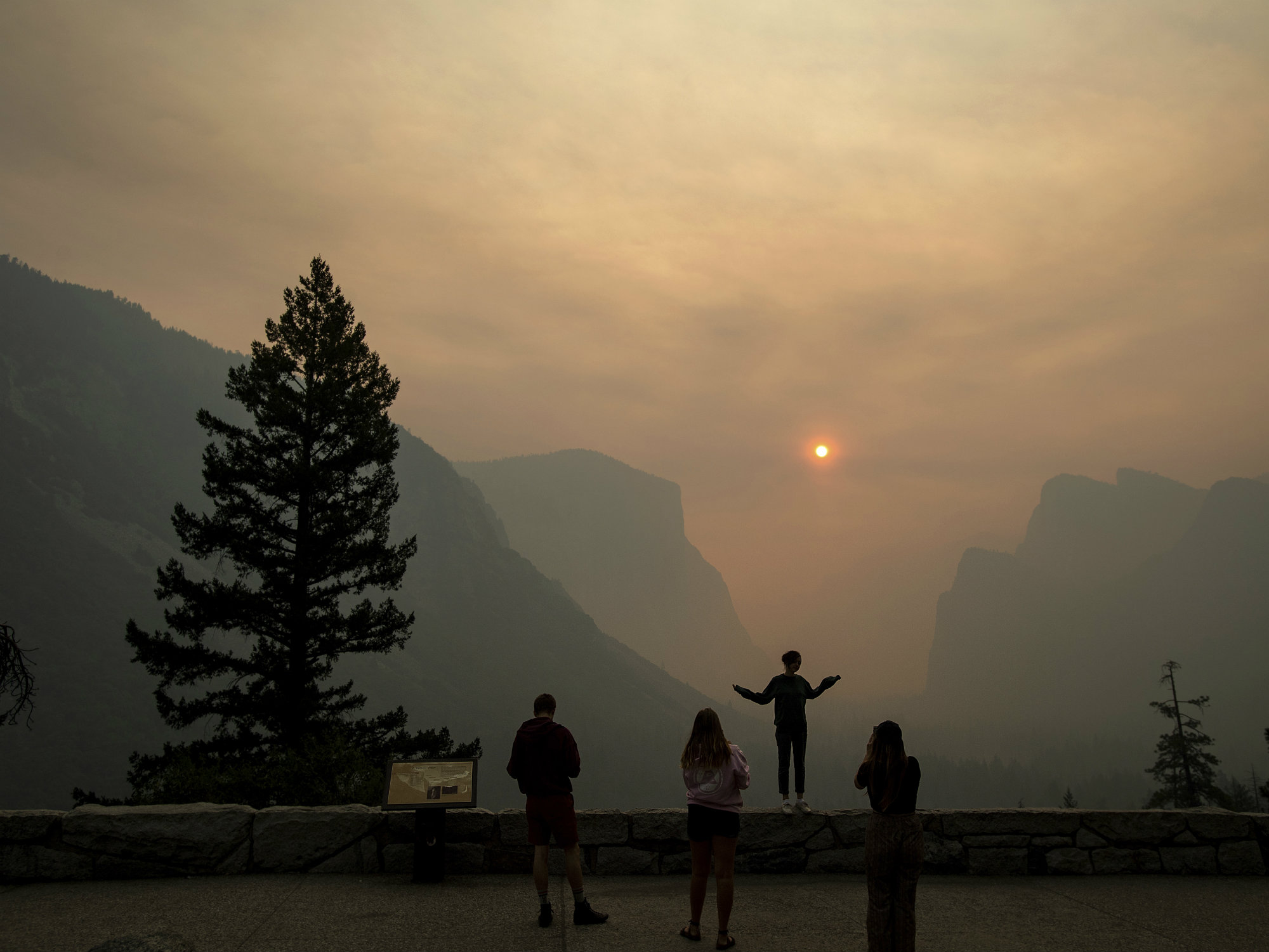 Yosemite On Fire
00:00/0.686111111111
0.686111111111
It’s peak tourist season, but the most popular spot in Yosemite is eerily quiet. There are no hikers on trails or climbers on cliffs in the Valley. For the first time in nearly 30 years, a wildfire has closed major portions of the park due to heavy smoke. Yosemite Valley will remain shut indefinitely. In this episode, Ezra looks at the future of fire in Yosemite. He hikes with a scientist studying how climate change could drastically transform its landscape, talks with the park’s first female fire chief, and learns about life growing up in a fire zone. Photo via Noah Berger / AP Photo. 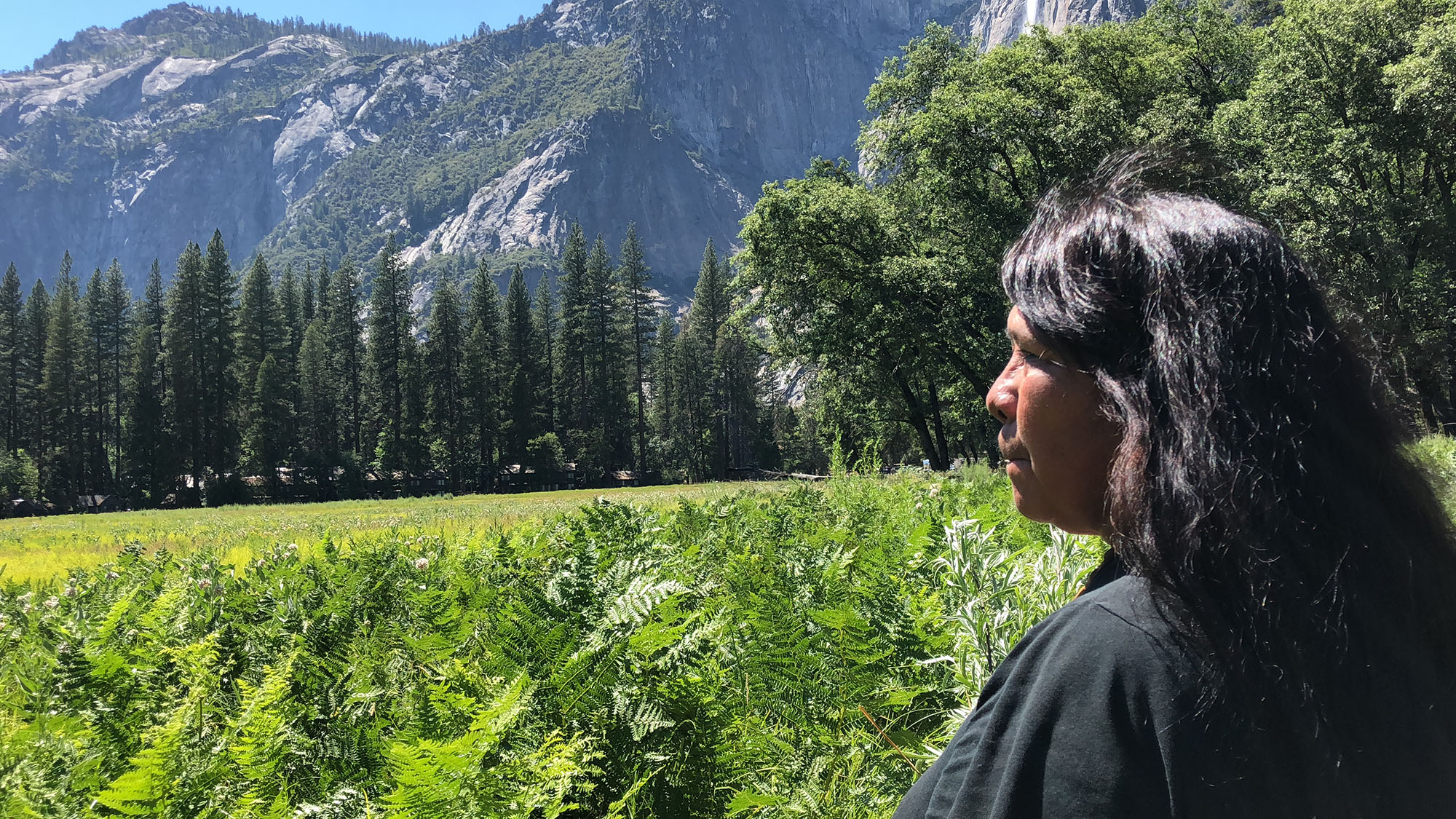 Wahhoga
00:00/0.797222222222
0.797222222222
For more than four decades, the Ahwahneechee people — the Native Americans with ties to Yosemite Valley — had no place to call home. Now, one of their villages is being resurrected. In this episode, Ezra meets with elders who say park service workers burned down their homes. They also discuss how they hope to preserve their heritage for future generations. During his reporting, Ezra realizes Yosemite is more than a cool hiking destination: It’s a very spiritual place.
In a previous version of this episode, Ezra said he felt like the park service didn't want to answer his questions about the history of the Native American village. One of the park's public information officers got back to the team and said that's not true. We decided to take that line out. Still, we have not received a response from the park service about what happened at the village. 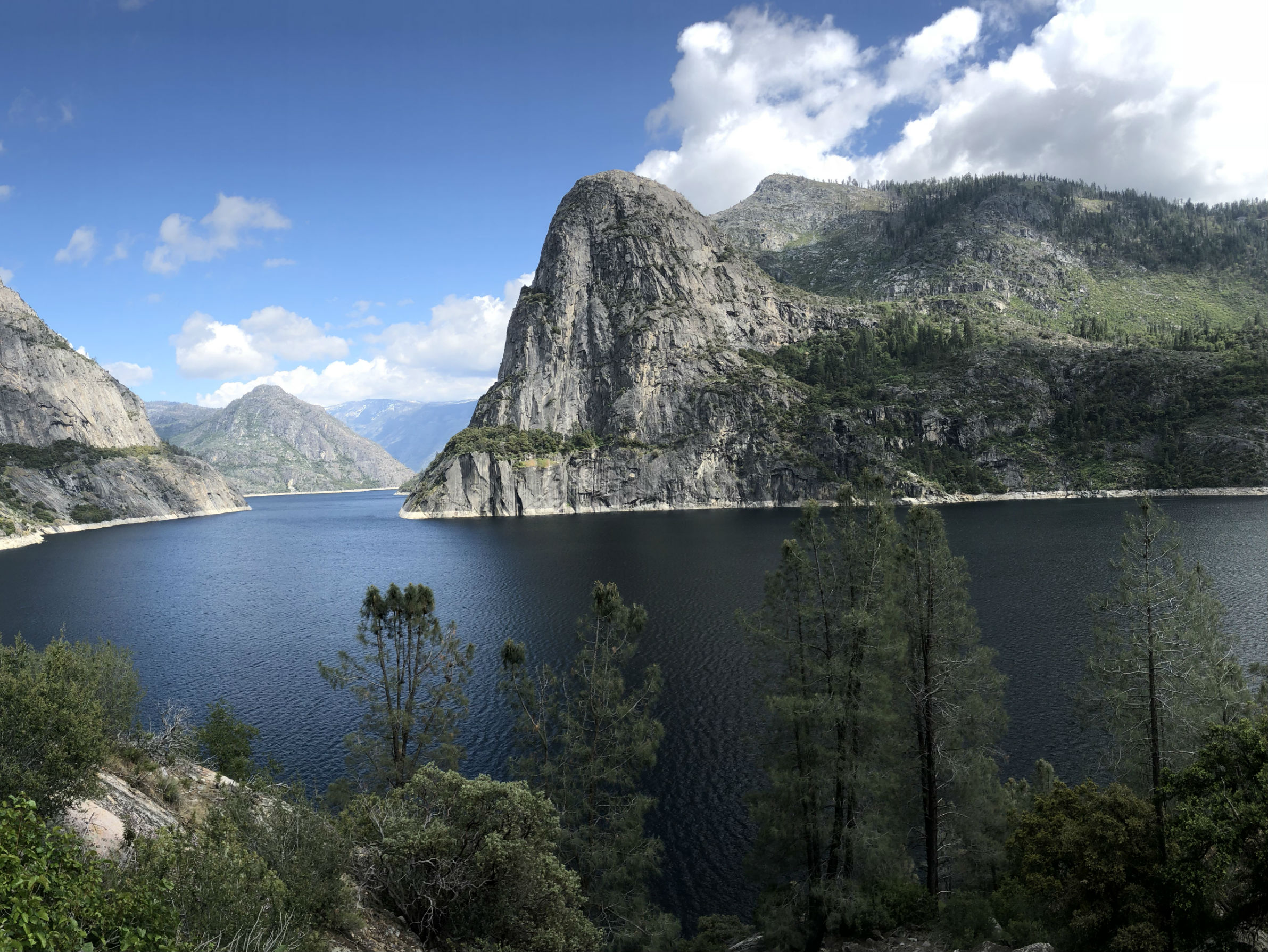 Green Dragon
00:00/0.792361111111
0.792361111111
We’ve explored Yosemite Valley a lot — for good reason. It’s an outdoor wonderland where people raft, hike and climb cliffs. In this episode, Ezra tours Yosemite Valley on a “green dragon” — an open-air tour bus — and also learns about rock falls and why historic places in the park have been renamed. He also visits what people call Yosemite Valley’s “twin sister.” It’s a place that John Muir fought to preserve — but he lost that battle. The Air Up There

The Air Up There
00:00/0.595833333333
0.595833333333
Like many major U.S. tourist destinations, Yosemite is dealing with a housing-affordability problem and the arrival of short-term rentals like Airbnb. Many people are turning their homes into vacation rentals. It’s good for tourism. But some neighbors aren’t happy, and area residents say it's often difficult to find a place to rent. Potential employees aren’t taking jobs in the park, and many existing employees face long commutes. In this episode, Ezra speaks with residents who are dealing with the housing issue in the Yosemite area. 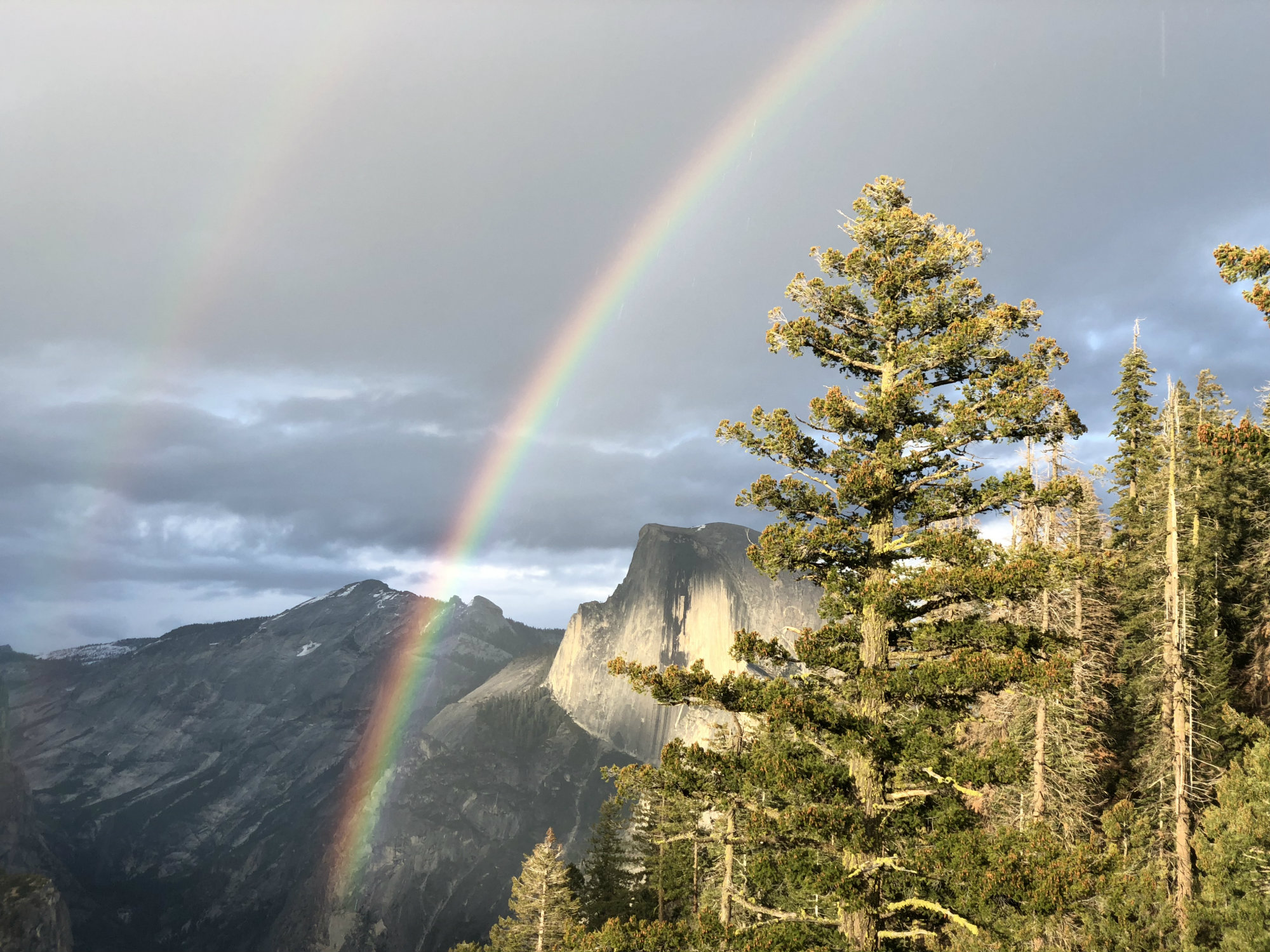 Answering Your Questions
00:00/0.781944444444
0.781944444444
In this final episode of YosemiteLand, Ezra answers listener questions! He follows up with characters from previous episodes, and talks about everything from rock-climbing safety to remedies for parking and congestion. Photos From Ezra's Trips To The Park

During his two reporting trips to Yosemite for this podcast, host Ezra David Romero took a lot of stunning photos of the park that didn't make it into our photo albums for the episodes. We wanted to share those photos with our YosemiteLand listeners so that you can take a tour around the park through Ezra's camera lens. CapRadio marked the release of YosemiteLand with a week full of coverage about the park. Click here for interviews with host Ezra David Romero and more stories from the podcast.

Capital Public Radio is proud to produce high-impact journalism like YosemiteLand, which is made possible by listener support. If you value in-depth storytelling, consider making a tax-deductible donation.